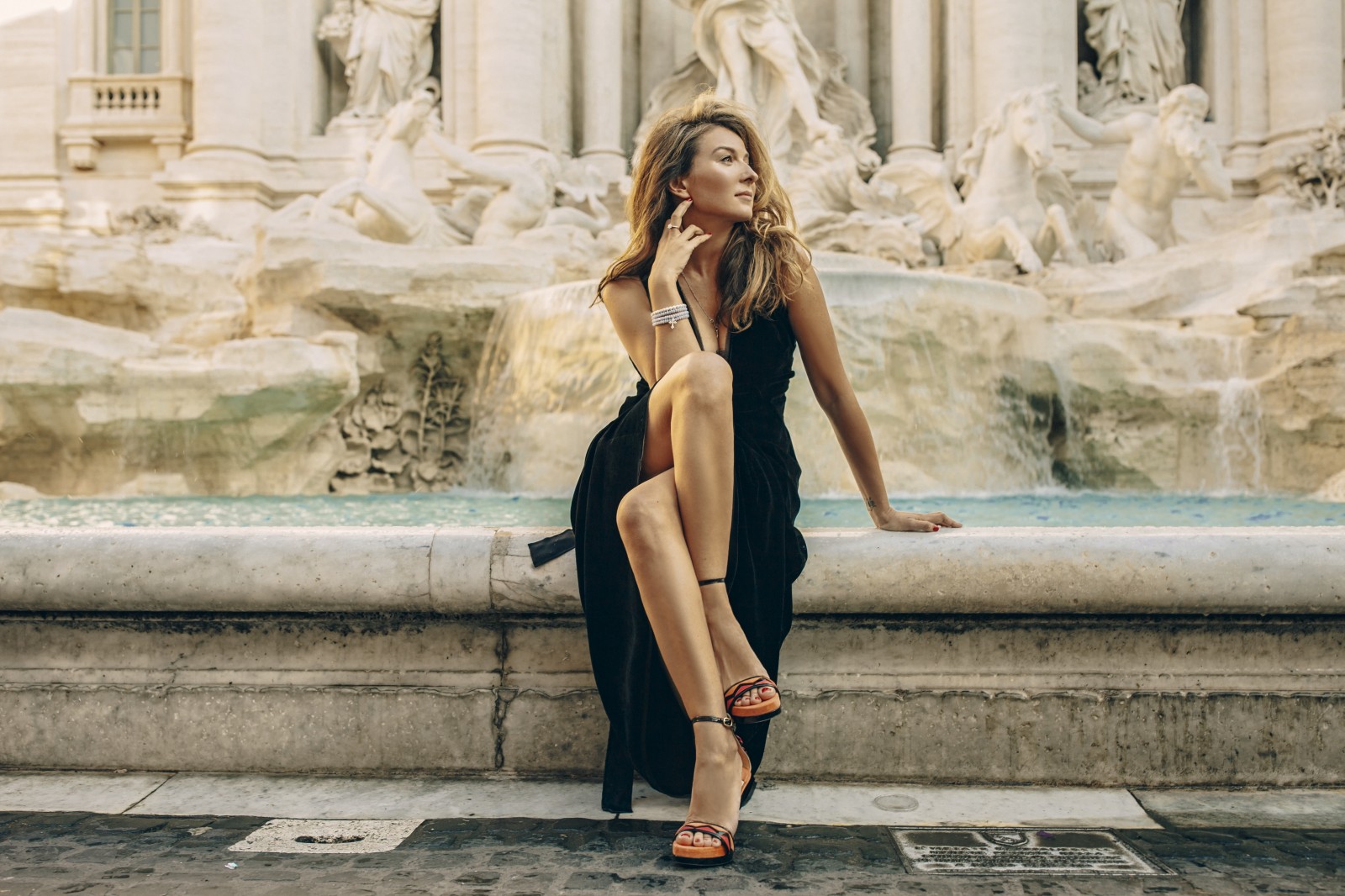 Zhanna’s original traveling project – Oryol i Reshka (Heads or Tails) show, in which the hostess has traveled around more than 100 countries, made her very popular in Russia and the CIS countries. Now Zhanna Badoeva is a presenter of several television projects on Pyatnica! Channel such as Bitva salonov (Beauty Salons Competition), Zhanna pozheni (Zhanna, Help Us To Get Married),” and Opasnye gastroli (Dangerous Tour).

Special attention should be paid to designer Ernesto Esposito himself who has successfully collaborated with such famous fashion houses like Sergio Rossi, Chloe, Louis Vuitton, Sonia Rykiel, Fendi and Marc Jacobs for his 30 year career, and his portraits and photographs have been illustrated in the pieces of work of cult artists and photographers from the whole world: Andy Warhol, Helmut Newton, Jack Pierson and Mario Testino. In addition, Ernesto is now working on a new collection of shoes for the Missoni brand, as well as the legendary Royal brand – Rayne with Princess Diana and Queen of England Elizabeth among its passionate admirers.

Meeting of Zhanna and Ernesto, as well as Zhanna’s love of beautiful shoes resulted in creation of a namesake brand – Zhanna Badoeva that fully embodies the life philosophy of the TV hostess. Zhanna Badoeva shoes are made in the Italian factory in Venice where high-quality shoes for the world’s leading brands are produced. Each pair of the Zhanna Badoeva collection developed by a creative duo is a real work of art. Combination of different textures of silk, leather and fur sets the collection apart and makes it unique. The color palette of the collection includes bright, saturated shades of red, black and green, with drawings and prints.